Every year on New Year’s eve me and a close girlfriend of mine gather at Dockweiler Beach in Southern California to lite a bonfire and set intentions for the New Year and the new cycle. We call upon the elements, the earth (in this case beach sand), water (the ocean), fire (that’s why the bonfire), air and our spirits to bear witness to our intentions. It is so pious that my left brain can also feel the intensity. 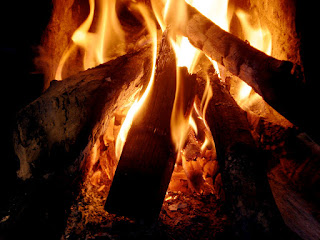 We have done this ceremony enough number of times that it has now become a tradition. But this year there was a different alchemy. Both me and my friend were setting intentions but were for the first time in years not attached to the results. In addition to the elements, we had the setting Sun and the rising moon at dusk to commemorate the event. As usual, we wrote down everything that doesn’t serve our lives – read it aloud so that the other person could bear witness and then burnt the paper intending that everything that doesn’t serve us just automatically drops. Then we wrote down what we want to invite into our lives – more than a person or thing this year we focused on the experiences and feelings we wanted to invite. It is only month 3 of the year and no one could prepare us for what was coming… 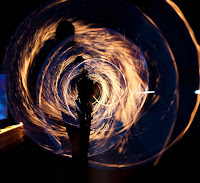 Over the years I had to let go of several aspects of my life – people and materialistic commodities. This year one of the major things I let go off was my car that I was so attached to for many reasons on many levels. It was really heartbreaking and hard for me to recuperate. I also took a good stock of people I engage with and realized that I no longer engage with many many many many people that I once knew. That’s right – several times many! A significant number of people from my graduate school days and other areas of life automatically fell out over the years – but I have finally let them go in my heart as I realized that their roles in my life are over. Does it get lonely? Sometimes. Especially, when the weather is gloomy and all I want is a comfort of a friend, even if that friend is an acquaintance. But it feels LIGHTER to not have my time invested in people who didn’t care in the first place. Today, I also let go a feminine-movement practice that I had cultivated for years, mainly because I didn’t belong to that tribe anymore; having realized that I wasn’t treated right by the ladies for years – all the while believing that I could change something that would improve the dynamic.
More importantly,
I have let go of old patterns, beliefs and systems.
I have let go of the belief that I need try and fit in even when I do not belong;
I have let go of the belief that I don’t need more and better because it is a sign of being self-fish and greedy;
I have let go of the belief that I need to be somebody – a scientist, a researcher, an intellectual, a beautiful woman, someone with slim body, someone with fair skin, someone who is successful, someone for whom the society has predetermined an identity – I have become NOBODY;
I have let go of being satisfied and complacent with my stature in life;
I have let go of the pattern of trying to please everyone and get people to like me;
I have let go of childhood stories that don’t serve me but play in my mind like a tape-recorder even if it is painful to let them go;
I have let go of the need for people to be on-board with my dreams – if I am alone in the pursuit of my dreams, goals and desires (most of which are spiritual) – so be it;
I have let go of my pattern to be openhearted especially with people who have not earned it – I have become perfectly comfortable of being an Ice Queen if the situation demands and wall off my heart;
I have let go of the need to stay strong always and portray a strong exterior;
I have let go of my pattern to always give – because I land up attracting a lot of unwanted blood sucking leaches who drain my energy. I have embraced not giving to those who really don’t need;
I have let go of the need to be courageous all the time even if my insides are crippling with constant rejection, fear and anxiety;
I have let go of my fear of the unknown, fear of loneliness, fear of rejection, fear of being left behind, fear of not being accepted, fear of being lost, fear of not knowing, fear of not making it, fear of making it while others have not made it, fear of discomfort, fear of not being seen, fear of being seen, fear of misery, fear of what people think, fear of not deserving, fear of deserving, fear of my own power, fear of my own success, fear of stealing glory and being the limelight – I have let go of all fear because I have chosen to shine! As I said it is only month 3 of the year. I am still shedding in spite of the discomfort and pain associated. I have left the comfort of the known and stepped into the unknown. Spirit Teachers and Spirit Friends have shown up since New Year’s Day in different shapes and forms to hold my hand. The journey to the true beginning has just begun. It is like walking through fire and instead of letting the fire burn me, I am letting it fuel me, cool me and soothe me and be my COLD FIRE!

What is your journey of letting go and surrender?

next
Chakras for Dummies