This New Moon in Cancer, in the constellation of Pushya marks the beginning of the month of Shraavana. The month is named Shraavana according to Indian calendar because the full moon will most likely occur in the constellation of Sravana or Dhanistha directly opposite that of Pushya in Cancer.  The month of Shraavana is considered very auspicious because the entire Indian sub-continent experiences monsoon during this time. It is also considered Lord Shiva’s favorite month as Parvati did immense penance in this month to have him as her husband. Astrologically speaking, the New Moon in Cancer is preceded by the New Moon in Gemini cycle where Rudra, the fierce form of Shiva destroys the creation that has gone corrupt. Rudra’s tears post-destruction when hits the earth gives rise to new flora and fauna – this is depicted in the stories of Punarvasu and Pushya in Cancer. One can draw analogies to the monsoon in the Indian subcontinent bringing life to the flora and fauna after a spell of extreme summer that burns up most life. Most devotees of Shiva will start a 16 Monday fast in this month to celebrate the abundance of life.

Shraavan is also the month when many poets and artists compose new pieces inspired by the sounds in nature. It is not surprising that the constellations of Sravana and Dhanistha symbolize sound and music The Full Moon on August 15th will occur in the nakshatra of Dhanistha. I remember some of my favoriate poems in Marathi are on the beauties of Shraavan month and I would read them with renewed vigor as I watched the rains, inhaled the fresh air & smell of wet soil, and enjoyed the sound of raindrops against my window.

Many may also feel a renewed vigor this August because of Mercury and Jupiter going direct, and Mars coming out of debilitation as it moves into Leo. Notice what got uprooted last month. It may have been a change in habit or lifestyle, unearthing office politics and gossip, discovering false promises, technical problems with electronic devices, softwares and websites, identifying ways by which you bleed money,  realizing the dark underside of authorities in power, acknowledging your own inner indiscipline, lack of vitality and motivation, and non-clarity in your approach to life. Many of us might have felt parched for true inner nourishment.

Jupiter will station for a few weeks before it begins its forward movement in the sky. It may bring up the feeling of being choked about things that bring us hope before we feel a sigh of relief. Mars will transit over the Gandhanta (junction) point between Cancer and Leo around August 6 to 10 making us feel irritated due to low energy, focus and discipline. Renewed sense of energy will be experienced by many after Mars has completely transitioned into Leo. Saturn will also begin to slow down in preparation of its forward movement in September. Venus transiting close to the Sun in the sky (phenomenon called combustion) may burn the impurities in our relating to others. Back biting, politics, manipulations and inconsistencies in relationships may surface making us feel burnt. Make sure to take the tonics of self-love and self-care.

It is good time to find inner joy in anything that has rhythm and music. See if music leads you to nature. Seek out streams, waterfalls, waves of ocean, birds in forest and the sound of breeze. Notice how these move you towards renewed life. 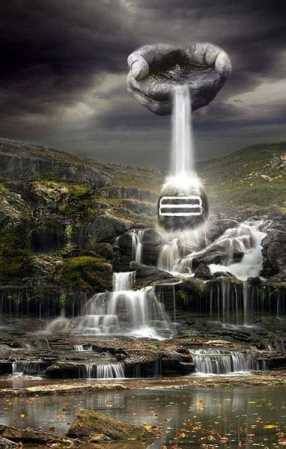